W Bro Alf Till RFD ED PGstdBr, was presented with his 40 year Jewel at the Scarborough District Masonic Hall on Wednesday 13th July 2016. Alf’s wife Lesley, daughter Leeta, son Stuart and grandchildren along with his Masonic mates were in attendance to celebrate this very important and commendable occasion. RW Bro Trevor Arbuckle officiated, with the presentation being made inside the Lodge rooms with all in attendance. Morning tea followed with everyone enjoying a slice of cake and a warming cup of tea/coffee on this cold winter’s morning.

Alf was initiated on 27th May 1976, Passed on 21st October and Raised on 17th March 1977. He joined Seaview Lodge on 17th December 1998 from Surf Lodge where he was master in 1986, 1987 and 1988. Alf qualified as an accountant and worked with the Commonwealth Bank, Pioneer Concrete and Medibank Private,  retiring after 15 years with Kingsize Menswear. He was conscripted in 1954 for National Service and after serving in a variety of positions, retired in 1982 as a Major upon reaching the then compulsory retirement age after a long and distinguished Army Reserve career.

A memorable day was had by all. 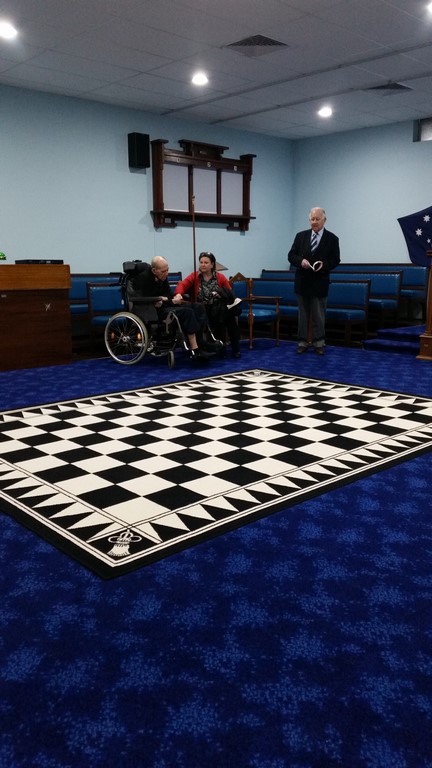 Presentation in the Lodge Rooms by RW Bro Trevor Arbuckle 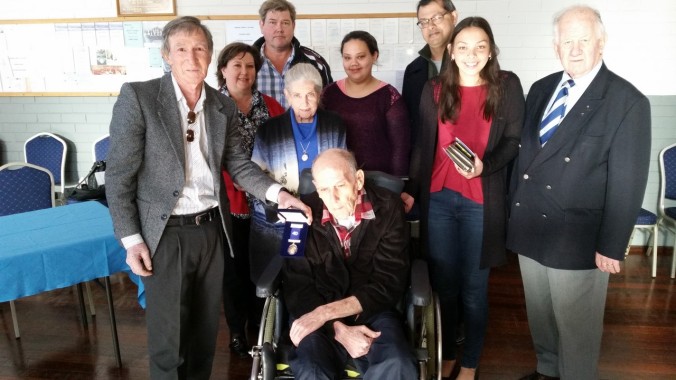 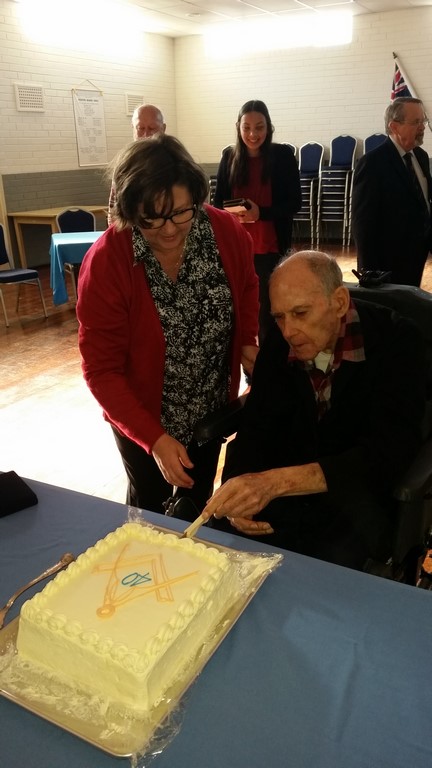 Alf cutting his cake with his daughter Leeta in attendance