A terrific night was had by all at the Pavilion Restaurant celebrating Ladies Night. Approximately 60 Brethren their partners and guests enjoyed the hospitality of the Staff and Students studying Hospitality at the Edith Cowan Campus Joondalup, with delicious food, great wines and exemplary service at the tables . 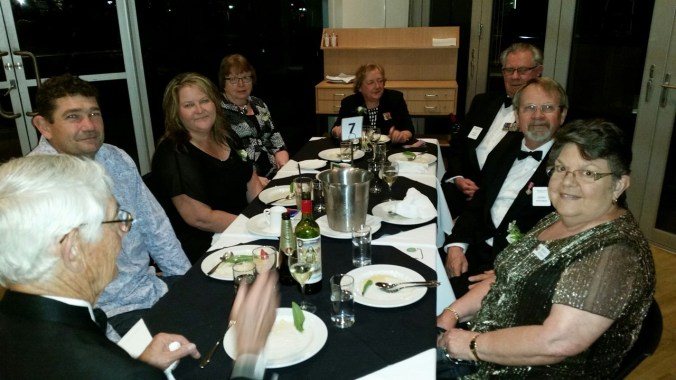 On Thursday 3 September,  six members of Seaview (R.W.Bro Ian Mansfield, V.W.Bro Llloyd Little, Wor. Bros Lauder Coomber, Mick Waterson, Shane Sadler and Bro. Ross Newton) accompanied by a member of Carrington (W.Bro. Graham Woods) travelled to Newman in the Grand Lodge bus for the Capricorn Lodge Installation. This has become an annual event for Seaview members and was the third Installation in succession we had attended. R.W.Bro Mansfield has been to Capricorn Installations for 5 years in succession (more on that later!!).

On Friday 4 September the travellers (assisted by other visitors and members of Capricorn) undertook  a very well worked double Third Degree ceremony – a breeze after the triple Third they had assisted in last year!!

The Installation ceremony on Saturday 5 September (with R.W.Bro. Dave Russell representing the Grand Master) was very well done and followed by a brief Festive Board with the usual speeches etc in the Lodge building. This was followed by a magnificent formal dinner (with ladies invited) at a local Newman restaurant.  Seaview Lodge (represented by their Worshipful Master W. Bro. Lauder Coomber) was presented with a plaque from Capricorn Lodge in appreciation of the support Seaview has provided in recent years. W.Bro. Coomber confirmed that the Seaview members looked forward to the annual trip to the Pilbara and that the Lodge would continue the annual pilgrimage.

A highlight of the evening was the presentation of the Pilbara Ambassador Award (known as the Nulla Nulla Award) to R. W. Bro. Ian Mansfield in acknowledgement of his support of Capricorn Lodge – in particular over the last 5 years – the inscription on the Award reads “In appreciation of you bringing city Freemasonry to the Pilbara”. This was a special moment during the trip – made all the more special as R.W.Bro Mansfield was, for once, stuck for words!!

All visitors enjoyed the bountiful hospitality of Capricorn members and, after the traditional “recovery breakfast” on the Sunday morning, the bus headed south and the weary travellers were back in Perth by 7.00pm – pleased to be safely home but looking forward to the next trip to the Pilbara in 12 months time.

Donation of $1000 was given to Scarborough SLSC 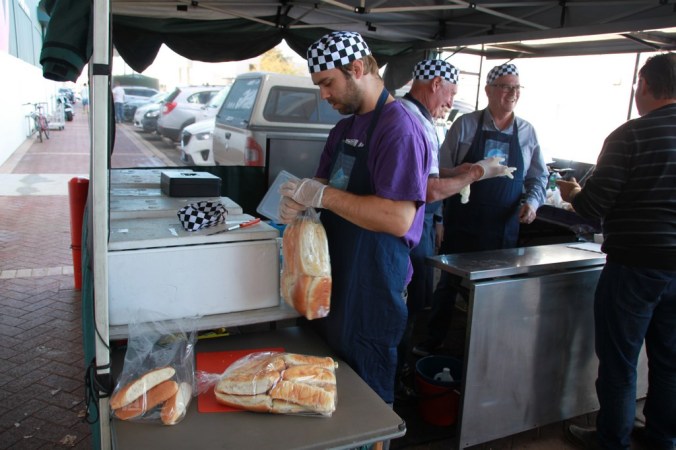 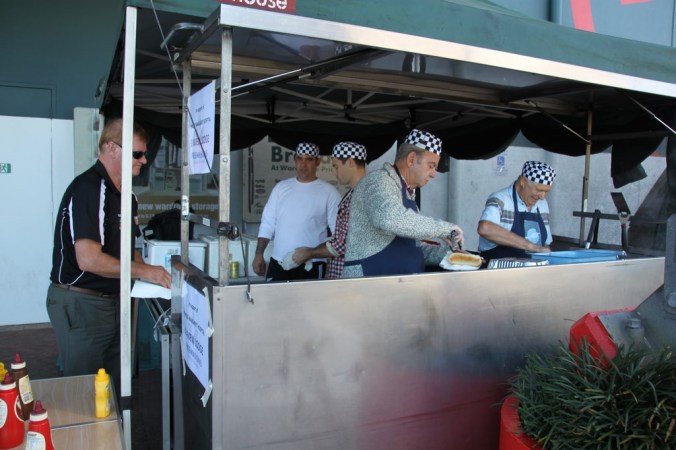